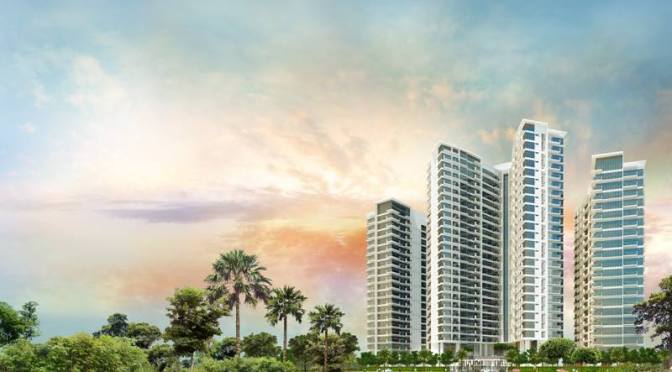 Housing bubbles are a recurring problem in the real estate market and even economists and regulators are in disagreement regarding a bubble’s origins and causes. As can be expected, all this speculation and uncertainty makes it very difficult to detect or even prevent such bubbles from forming.

There is one thing, however, that economists are in agreement about: real estate bubbles rarely just pop, but tend to crash with devastating after-effects, such as the US housing crisis in 2006/2007. One of these side effects was the global economic downturn of 2008, that left the world and many of its economies in crisis. The most important lesson that could be learned from this global downturn was that the threat of a real estate bubble is real and its effects grim.

The Philippines experienced a similar crash in the aftermath of the 1997 Asian financial crisis. The crisis led to property developers facing massive problems, suppliers and construction firms lost contracts and clients, while property values were cut in half. The memories of this crisis are still fresh in our minds, to the extent that the central bank, Bangko Sentral ng Pilipinas (BSP), is continuously devising plans to prevent a bubble and how to deal with it, in the case that it does form.

Research by global consulting firm Jones Lang LaSalle, indicates that between 2012 and 2016, approximately 154,000 condominium units will be built in Metro Manila, which is nine times the volume reported between 2002 and 2006 (17,500 units).

As the building boom has rallied for nearly seven years, many are wondering if we are nearing a point of saturation, that might burst the bubble. Such an event would endanger the economy as a whole and has caused concern within the government.

Experts however disagree. Here are the eight reasons, why the Philippines is not in fact experiencing a real estate bubble.

1. There is a shortage of housing

In contrast to the supposed oversupply of housing units, the Philippines has an acute housing backlog in the affordable segment—3.9 million housing units to be exact (according to Professor Enrique Soriano III of Ateneo de Manila University Graduate School of Business).

This same observation is shared by 8990 Holdings President and CEO, Januario Jesus Gregorio Atencio III, who said that there will always be a demand—growing at three to five percent per year—for affordable housing in the Philippines. He claims the country has a young and growing population whose purchasing power is gradually increasing. Data show that between 2012 and 2013, less than 500,000 low- and medium-cost housing were built, which barely represents eight percent of the current backlog.

Residential real estate activity in the Philippines is still dictated by a market of end-users—people who are buying houses not as investments but for the purpose of living. This is especially true in the overseas Filipino workers (OFW) market. In fact, a big chunk of OFW-remitted money is being spent on real estate. Many of these families are planning to be homeowners in the near future, thereby creating real demand for residential real estate in the Philippines.

Mortgage lending rates in the Philippines currently lie at six to seven percent, and are far from being cheap. According to noted financial advisor Randell Tiongson, these rates will not make borrowing for housing very easy. This is a deterrent to speculative investing—the purchase of real estate in the hope of making big bucks from capital value appreciation in the short term. Many say that this is one of the main factors that prompts the formation of a real estate bubble.

5. Speculative purchases are not as significant

As mentioned previously, speculative investing is not as huge in the Philippines, compared to other markets, such as Hong Kong, Singapore, and China. In these markets, speculators—buyers of properties who are only after capital growth—have driven property prices to levels beyond the reach of home buyers. According to Colliers International, the average price of a luxury, three-bedroom condo in the Makati central business district rose by 13.4 percent from the previous year. This rate, though impressive, hardly indicates an asset price bubble.

To ensure economic stability, lending activities in the Philippines remain subdued. The previously mentioned financial crisis has led to more conscientious behavior in the industry. Congress additionally passed the Special Purpose Vehicle Act of 2002 to help banks eliminate non-performing assets and clean up their balance sheets.

Philippine banks now make sure to check home mortgage loan applications more closely to weed out unqualified borrowers. Processes are strict, which has paid off royally, especially during the global crisis of 2000.

In addition, the BSP introduced measures to monitor the real estate sector. These measures range from ordering banks to report loans they give out to developers and their investments in securities to finance real-estate activities, and their overall exposure to the property sector.

7. Philippine real estate remains one of the cheapest in Asia

According to BSP Deputy Governor, Diwa C. Guinigundo, property price increases are also supported by strong economic foundations and favorable market conditions. Comparatively, the Philippines still has the lowest real estate rates in all of Asia. The country also has not experienced an artificial and unsustainable peak of property prices. There is a robust demand in housing, office space, and even hotels, and this demand, according to Guinigundo, is supported by the lending sector, such as banks and various government agencies.

The Filipino economy is experiencing healthy and sustainable growth. The fundamentals remain strong, thanks to record-high remittance from OFWs, the buoyant BPO industry, and the country’s new-found reputation for transparency. In the event that the market is heavily exposed to debt, sky rocketing property prices, and a gross domestic product (GDP) slide, the worst case scenario may be an economy in slow recovery, but no real estate bubble.

8 Reasons Why the Philippines Has Avoided a Real Estate Bubble