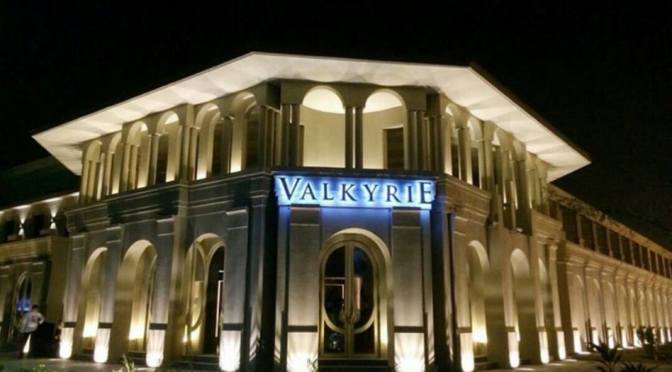 This month, the newest high end bar called “Valkyrie” which will be located in The Palace, in Uptown Bonifacio. According to Manilaclubbing, “The name of this new club is Valkyrie.Valkyrie is the first club in The Place. More establishments (such as a dayclub) will open later. Valkyrie nightclub will definitely be one of Manila’s hottest new clubs. The first international DJ to perform in Valkyrie is DJ Martin Garrix, on December 11 2014.”

The Palace is a new nightlife destination by the group that brought you some of Manila’s best clubs such as Embassy/Encore, Members Only, Manor, Prive, Republiq, Opus, 71 Gramercy, Universe, etc. The Palace will open in November 2014 and will be located at the new Uptown Bonifacio at BGC (close to Lexus behind St Lukes). The complex will be the biggest nightlife complex in the country with room for 10,000 clubbers. The Palcace will offer Night and Day clubbing (think pool, cabanas, etc.).

The first club to open In The Palace is Valkyrie Nightclub, which opens in November 2014. The first big DJ to play in Valkyrie will be Martin Garrix, on December 11 2014.

Uptown Bonifacio is a 15-hectare development by Megaworld Corporation located at Global City bgc, the newest Central Business District in Metro Manila. This new township development is akin to the likes of several uptown districts all over the world. In addition, this new township boasts of a mall called Uptown Place, which will serve as home to luxurious brands fit for an uptown district.